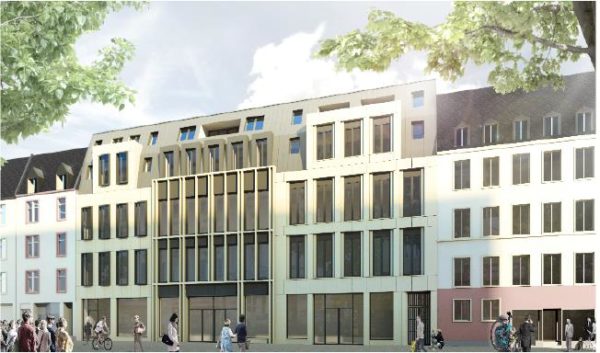 KAMPER has acquired largest contract in the company’s history

KAMPER has been commissioned as general contractor with the realization of the “Berger Village” project in the Berger Street in Frankfort. The former Saturn-Building, vacant since November 2013, will, until December 2018, be transformed into multifunctional complex: a food market, fashion stores and 63 appartments. On a total of 3300m2, studios with some 25m2 on the back of the house as well as appartments with approximately 100m2 will be installed, 14 of which barrier-free. The total project volume scratches on the € 30 million bar and is by far the greatest project KAMPER has ever won.

CEO Martin Kamper, MSc: “We are in the starting blocks for this unprecedented project and are more than thrilled. Such a venture requires a maximum of professionality and flexibility.”